Namibia Highlights – The top highlights of the round trip

Namibia Highlights – As you probably know, we are in South Africa fans and would like to visit many other countries on the African continent in the future. Africa will always be the most beautiful part of this world for us, even if we have never been to South America, Australia or Oceania.

We are very happy that today ‘s travel reporter report is about the beautiful country of Namibia, which is also at the top of our imaginary wish list.

Our travel reporter tells us today her top 5 Namibia highlights in addition to the standard sights, such as the salt pan Sossusvlei, Etosha National Park, Dune 45, Spitzkoppe, Namibia’s highest mountain “Brandberg” or the mighty Fish River Canyon. We wish you a lot of fun browsing!

How am I supposed to decide on Namibia Highlights?

When my friends asked me about my top 5 Namibia highlights, I initially thought “Easy! I’d love to!” and now I’m sitting here in front of my screen and just can’t make up my mind. The classics such as Sossusvlei, the Etosha National Park or Swakopmund are probably on everyone ’s radar when planning a trip to Namibia highlights and so I have resolved not to be someone again who tells you how worth seeing it is there. But which five highlights do I choose now?

In terms of area, Namibia is about 2.5 times larger than German and certainly at least 2.5 times as diverse. Lush green in the north on the border with Angola and the Caprivi Strip, fiery red in the east due to the Kalahari sand, in the south so dry that there is hardly any vegetation or wildlife and in the west the only (and oldest) desert in the world that meets an ocean. Yes, and in between a colorful mix of everything around it. Its inhabitants and indigenous population groups are as diverse as the country itself.

Unfortunately, I can’t commit myself to a real ranking, it was already difficult enough to reduce myself to five points. If I may introduce you to my other highlights or more detailed information, please feel free to drop in and see me.

Naturally, Namibia’s biodiversity is as diverse as the country and its inhabitants. Whether plants, mammals or birds, here everyone will find a piece of nature to fall in love with. From the Etosha National Park to the Kalahari to “all over the country”: the next highlight is waiting for you behind every seemingly unspectacular corner. Namibia is not only home to all the animals of the famous Big Five, but so many other animals and plants that are not only worth seeing, but also worth protecting.

My road trip with roof tent

During the Europe winter of 2022, I was finally able to fulfill a long-awaited dream: a road trip through Namibia highlights with a roof tent. I traveled from December to January of the following year, a total of around three weeks. I definitely recommend the more time you plan, the better the trip will be. Not only did I have the most beautiful sunny days.

I was actually lucky enough to experience one of the greatest rainy seasons in recent decades, in most cases even so that it had just stopped raining when I arrived and the landscape was in the most beautiful colors of the rainbow shimmered. When it rains in Namibia, people react differently than in Europe: They dance out of their houses, cannot stop smiling and being happy and get very creative when developing new water sports. It’s a celebration! Especially when it rains as much as in this premature big rainy season.

Assembly and disassembly in just a few minutes

Incidentally, such a roof tent is very easy to set up and take down again. If you’ve never slept in one or traveled in one, you really don’t need to worry. My first instruction-free assembly and disassembly took only a few minutes(and then, of course, got faster and more coordinated each time). Anyone who has never camped outside of Germany – and maybe also Europe – will be very surprised: Positive!

Most campsites in southern Africa only offer space for a few cars (after all, there are also fewer travelers) and therefore camping here is a lot quieter, slower, more relaxed and less contact. The campsites are much more beautiful than the classic European ones, which is not only due to the surrounding landscape, but also to the loving hand with which they are managed. It’s a Dream!

Whether – like me – in the south, in the north or in another part of the country: If it were up to me, I would never travel without a roof tent again. Such a roof tent offers an indescribable feeling of freedom and to be honest I have never slept as well as during the nights on my car roof. Everything about my trip, the route and the most important information can be found here: My time in Namibia.

It must have sounded something like this, or even much louder, about 80,000 years ago when the Hoba meteorite hit the earth. It is the largest intact meteorite ever discovered on Earth. Until 1920 it was completely covered by earth and appeared only by accident while plowing the ground. The Hoba meteorite slammed into the earth in the Otavi Mountains, about 20 km west of Grootfontein, and is likely to remain there forever. Its estimated age is 190-410 million years. A really lovingly built area surrounds this 50-60 ton colossus of iron, nickel and cobalt.

The parking lot is very large and the garden around the site is beautifully landscaped. At the entrance there is a small ticket counter with a local souvenir shop where you can buy a ticket for a few NAD (Namibian dollars). You then follow a narrow path lined with shady trees and before you get to the meteorite, you stumble across signs warning of falling cosmic boulders is a helmet really enough here? It’s all just for fun, of course, and the terrain is perfectly safe.

You may be wondering why there isn’t much to see of what must have been a massive impact crater today. This is because craters from larger meteorites are obscured over the course of a few decades by vegetation and atmospheric weathering. The Hoba meteorite not only impresses with its size, its structure and the heat it radiates, but also with its acoustics. acoustics?! Stand in the middle of the meteorite and sing a song or tell a story. I can hardly describe the strangely echoing and yet dull sound in words.

Not only Namibia, but most South African countries have a very special sundowner mentality. It’s not about drinking as much gin and tonic or wine as possible – in my case, sundowners are exclusively alcohol-free – but about ending a wonderful day together with good friends or just nice people in a relaxed manner. Mostly with a delicious braai; a BBQ that stands out from the classic BBQ with a very special mentality and love for food.

Dune 45 in Sossusvlei, the Brandberg massif or simply sitting in the sand at the foot of the stepladder at the entrance to the roof tent: reviewing the day over a real sundowner, exchanging views on the highlights we mostly experienced together, just silently watching the breathtakingly beautiful African sunsets Enjoying and spending time with people close to your heart is just wonderful at every single spot and slows you down in a very special way.

Okay, I have to emphasize a classic Namibian highlight. And one that I was more enthusiastic about than I already thought: Kolmanskop. Less than 15 kilometers from Lüderitz, in the direction of Klein-Aus Vista, is the ghost town of Kolmanskop. Yes, she is as cool as she looks in photos. At least visually, because historically it is not only very fascinating, but also sad and sometimes terrible, as the history of Namibia is unfortunately often due to the former German colony.

The ghost town is what is left today from the Diamond Age around 1911. At that time, 300 adult Germans lived here with their 44 children. Each of these luxurious houses had running water, electricity and its own telephone line. It had its own hospital, its own teachers for the 44 children, a casino, a bowling alley with its own bowling club, a gymnastics club, various and regularly changing theaters and operas, a ballroom, an oversized saltwater swimming pool, fresh lemonade every day, ice for the fridges and everything whatever else your heart desires. Because all 344 German residents were not allowed to leave the site (also for fear of diamond smuggling) just like that.

This unprecedented urban development popped out of the ground in just two years. Drinking water and food were carted in from Cape Town, 1,000 kilometers away. Money played absolutely no role here and so even the machines and all the building materials for the houses and infrastructure were shipped from Germany. The Kolmanskop Hospital even installed Africa’s first X-ray machine! Certainly also to check the workers for swallowed diamonds, but they were also really creative. Today there is an exhibition in a room in the main building.

In the tightest of spaces in warehouse-like buildings

Opposite the pompous colonial houses, 800 Ovambo lived in a very small space in warehouse-like buildings and without 24/7 entertainment, who mined the diamonds. For safety reasons, the workers were “replaced” at regular intervals. However, before they were allowed to leave the premises, they had to be quarantined for 14 days. During this time, they were given laxatives and their toilets were equipped with sieves so that no diamond could be smuggled out unseen.

Since the diamonds are washed up from the sea, you only have to search at a depth of up to 5 m. At that time, one to two carats of rough diamonds (0.2 – 0.4 grams) and up to the First World War one ton of diamonds (5 million carats) could be mined from 10 tons of sand. But no, I didn’t find any diamonds. If you do, you can’t just take them out with you, of course. The guided tour is included in the entrance fee and only lasts 45 minutes. I really heartily recommend them! 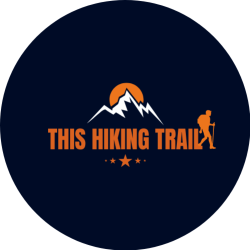 Tent cots for camping that you can use as a reference before buying. Read this article first so you don’t buy the wrong one.

A good, comfortable backpack is essential for hiking. So don’t let you buy the wrong backpack, read the following article about the best backpack for hiking.